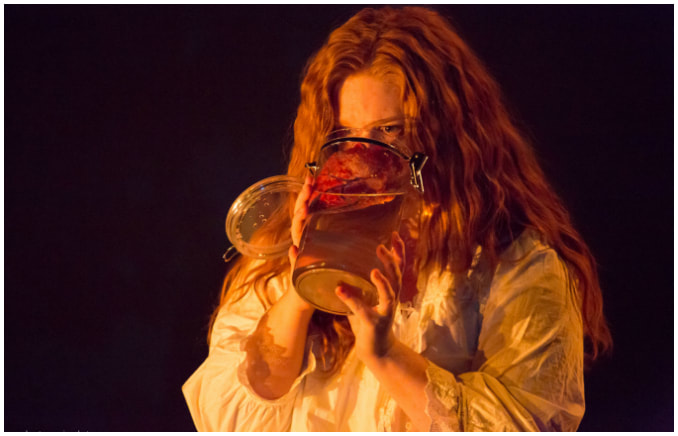 AMP: an electrical current, A Modern Prometheus, the story of Mary Shelley's creation of Frankenstein.

New York solo performer Jody Christopherson (the writer-performer of St Kilda) returns to TCHF with AMP. Before Mary Shelley was considered one of the greatest writers in the canon, she was the unconventional daughter of anarchist philosophers William Godwin and Mary Wollstonecraft. Profoundly isolated, yet surrounded by literati, risking everything in laudanum fueled journey to embrace freedom, she created a genre that embraced revolting in both senses of the word. Scientist Luigi Galvani's galvanizing discovery of "animal electricity" acts as an electric undercurrent, unleashing the power of women's creative genius, along with haze and period costumes.

"A fierce burst of inspiration and madness."- Theasy.com

AMP received its world premiere at HERE Arts Center in New York in 2017 and its Canadian premiere with Workshop West Playwright’s Theatre's CHINOOK Festival in Edmonton, Alberta Feb 2018. AMP has been developed at New York Society Library,(as the recipient of a New York Society Library Grant underwritten by Alexander Sanger) and All For One Theater's So-Co Lab at The Bushwick Starr